The painting of Nossa Senhora do Rosário Church in Piumhi, MG, after initiative from the client Oficina das Tintas. The church has several features from different styles and was totally renovated before the painting.

The new project was signed by Geraldo Sansoni, who tryed as much as possible to copy the design of Fatima Cathedral in Portugal. He also tried to respect the original design signed by his grandfather. It is nowadays the second most visited church in Piumhi and is located at a strategic point.

Tintas Coral’s project Tudo de cor para você is sailing at full speed and has handed over another project on May 9th, 2015. The city of Piumhi, 38th in quality of life among the 853 municipalities from the State of Minas Gerais, had its NS Rosário church totally renovated. The renovation of the church, which is located in the city center, highlights its architectural beauty and historical value.

The first church was built in wattle and daub in 1852 and was later totally rebuilt to look like Fatima Cathedral.

Around 20 volunteers joined the initiative and painted with love and dedication this iconic catholic milestone. To celebrate the delivery of the project, a mass, which was attended by the Mayor of Piumhi, was held in the church and a giant cake was cut and distributed to all residents.

Coral Decora Fosco in the colors ‘Camurça’, ‘Palha’ and ‘Concreto’ were used on the façade. 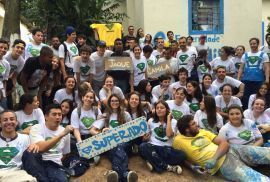 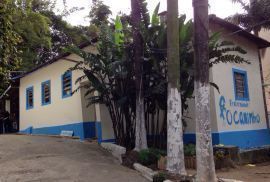 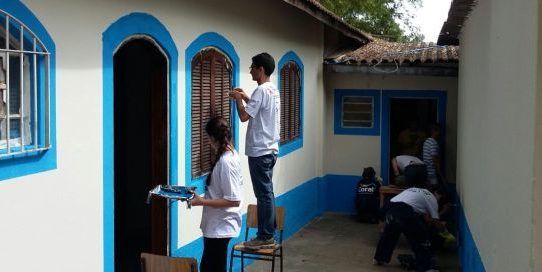