As a part of the “Bluest Sky” project, Let’s Colour joined forces with Pardal, a Brazilian artist, to remind people about the importance of preserving Brazilian biodiversity. Together, we created a mural whose central theme is Ararinha Azul (the little blue macaw), a national symbol of Brazil and a species declared extinct from the wild.

As a part of the “Bluest Sky” project, Let’s Colour joined forces with Pardal, a Brazilian artist, to remind people about the importance of preserving Brazilian biodiversity. Together, we created a mural whose central theme is Ararinha Azul (the little blue macaw), a national symbol of Brazil and a species declared extinct from the wild.

The source of inspiration for the artist Pardal to create the beautiful mural in São Paulo was the blue macaw, a bird native to Brazil. This species is considered extinct in its natural environment since 2000, and was recently repatriated to its original habitat.

To celebrate the return of the blue macaw to Brazil and bring nature to the city, we placed this vibrant artwork in the middle of the gray downtown of São Paulo. In addition to the blue macaw, the mural also includes the sparrow, the artist’s trademark, and the map of Brazil. This represents a call for the protection of Brazilian biodiversity and a reflection on the results of human actions on the planet.

Giving back to nature

To support this venture, Let’s Colour and Tintas Coral donated 104 liters of paint in vibrant colors. The aim is also to support the Ararinha na Natureza project, conducted by the Chico Mendes Institute for Biodiversity Conservation (ICMBio) and the Association for Conservation of Threatened Parrots (ACTP) from Germany. In 2019, this project resulted in the noble mission of reintroducing and protecting the blue macaw and plans to repatriate about 50 of these birds to their original habitat.

“I feel honored to have done this painting in my city, in downtown São Paulo, which is a place that I love. I had the opportunity to talk to several people who passed by the place and even thanked us for putting more color in the Minhocão region, which has become an open-air art gallery. The main message of this work is freedom, the preservation of the environment, and the celebration of the return of the macaws to Brazil. I am very grateful to be a part of this”, comments Pardal, the artist.

The Blue Macaw mural was the third initiative of the “Bluest Sky” project, which honors this species and its return to Brazil.

This colorful cooperation started in 2020 when Tintas Coral and Pardal, along with Azul Airlines, created the “Blue Macaw” Embraer 195 E2 – the most colorful airplane in South America. The result was stunning, several birds were depicted along the fuselage against a background of yellows, greens and purples to reflect their habitat and environment.

Moreover, the colors from the Blue Macaw palette were presented in the revitalization of important historical spots in Curaçá, Brazil, the city chosen to host this species in a nursery until its release in nature scheduled for this year. More than 2,400 liters of Coral paint was used for the renovation of the Raul Coelho theater, and 620 liters for the restoration of the local church Bom Jesus da Boa Morte.

The objective of the “Bluest Sky” project is to reinforce the importance of protecting nature, inspiring and empowering the community, since renewal always increases self-esteem and pride of belonging. This project will be finalized in 2021 with the release of blue macaws into the wild.

Find out more about Coral Brazil. 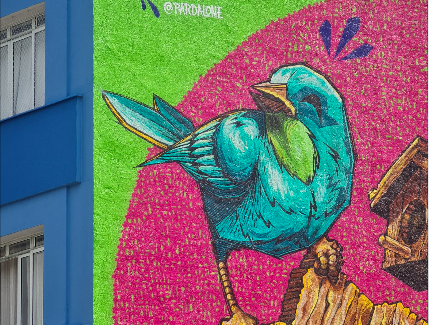 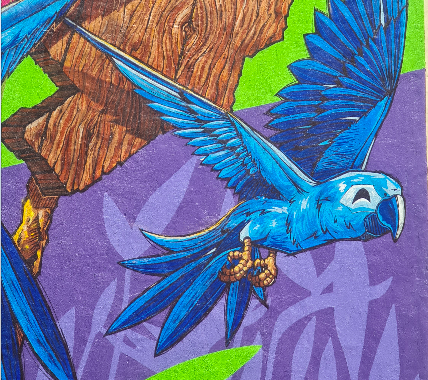 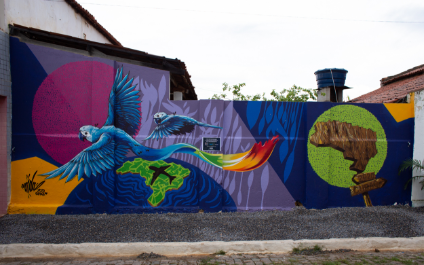 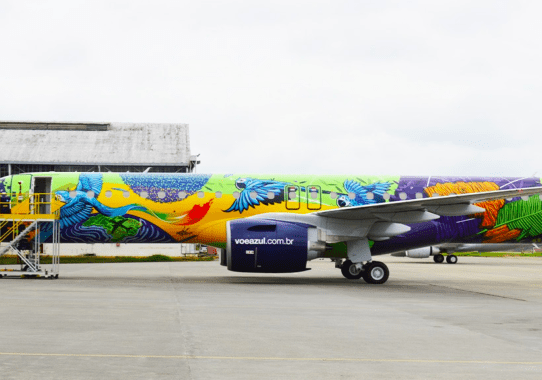 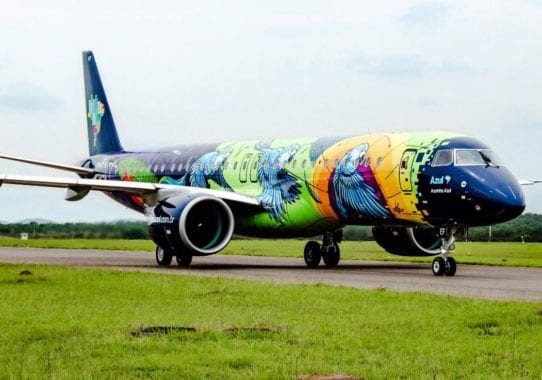