Bondinho do Pão de Açúcar (The Sugarloaf Cable Car) stations in Rio de Janeiro, Brazil, gained a colorful new look. As a part of the Fauna and Flora project, Let's Colour partnered with UIA2021RIO EXPO, the 27th World Congress of the International Union of Architects, and designer and visual artist Bruno Big, to add a splash of color to the landscape of Rio de Janeiro and promote the importance of preservation of its biodiversity.

Bondinho do Pão de Açúcar (The Sugarloaf Cable Car) stations in Rio de Janeiro, Brazil, gained a colorful new look. As a part of the Fauna and Flora project, Let’s Colour partnered with UIA2021RIO EXPO, the 27th World Congress of the International Union of Architects, and designer and visual artist Bruno Big, to add a splash of color to the landscape of Rio de Janeiro and promote the importance of preservation of its biodiversity.

A colorful experience above the city

The Sugarloaf Cable Car is the cableway system that takes visitors to the top of Sugarloaf Mountain, the peak situated in Rio de Janeiro, known worldwide for its amazing panoramic views of the city and beyond. The mountain rises 396 m straight from the water’s edge and was declared a UNESCO World Heritage Site in 2012.

To enhance the experience of the visitors, but also reinforce the importance of preservation of nature and raise environmental awareness, three cable stations have been painted – two at Morro da Urca and one on top of Sugarloaf Mountain – totaling 750 m2 of painted walls.

The artworks on the stations are creations of the artist Bruno Big, known for his paintings that deliver a unique and striking identity and intense colors. He brought the cable stations to life by portraying incredible biodiversity in colorful and eye-catching paintings of plants and animals who inhabit Sugarloaf Mountain and Urca Hill, while including natural elements, such as the sky, clouds and sunlight.

For this Let’s Colour project, more than 540 liters of Coral Sun & Rain Protection paint was used, which not only beautifies but also protects the walls from mold and harsh weather. The artworks feature more than 40 different shades which replicate the vivid colors of the thriving nature in this area.

“It is an honor for the Cable Car Pão de Açúcar to receive the beautiful work of artist Bruno Big in the park stations. Using art as a means of creating environmental awareness and educating people is one of the paths for an increasingly active society in favor of the environment. Sustainability has always been in our DNA and we actively act in preserving the environment that surrounds us. We want to make society more and more aware of the importance of conservation,” said Sandro Fernandes, CEO of The Sugar Loaf Cable Car.

The Fauna and Flora project is a part of Coral’s Tudo de Cor (Let’s Colour) movement, an initiative that lasts for over 10 years, and has delivered more than 2.000 projects, with 17.000 painted sites, 5.500 people trained and about 1.1 million liters of paint used. This movement has transformed communities and public spaces throughout Brazil, and has a long-standing history with Rio de Janeiro.

“At AkzoNobel, the mother company of the Coral brand, sustainability is an intrinsic part of the business, with numerous concrete actions, such as the development of more sustainable products and the preservation of 700,000 m2 of Atlantic Forest, our Tangará Reserve, in Mauá (SP). That’s why we’re so pleased to participate in a project like this, which, through painting, color and art, reflects the importance of environmental awareness, while also being a true tribute to the natural beauties of local vegetation,” says Elaine Poço, AkzoNobel’s R&D and Sustainability Director for South America.

Find out more about Coral Brazil. 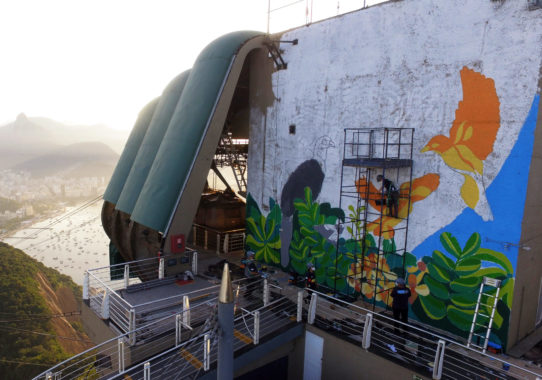 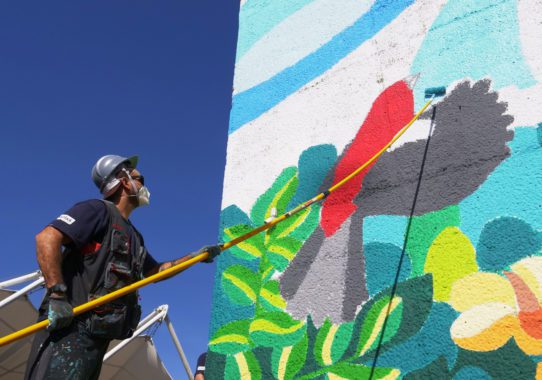 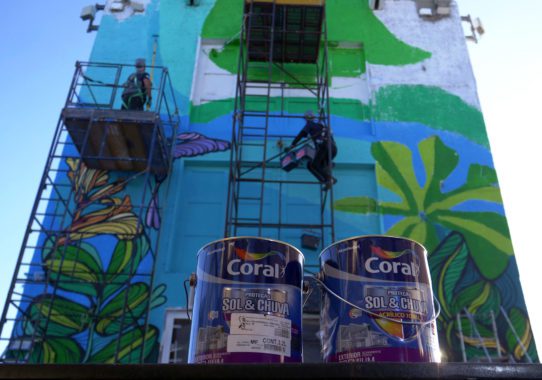 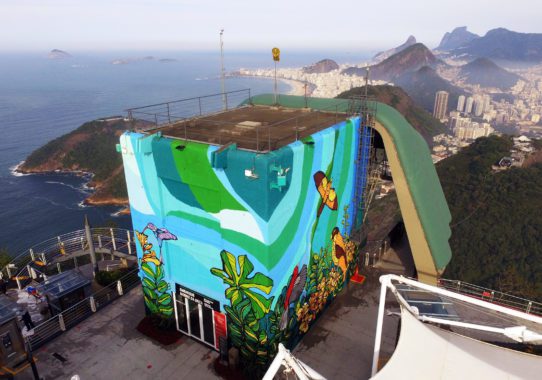 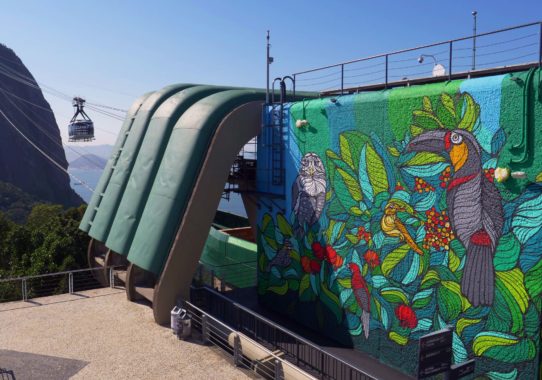 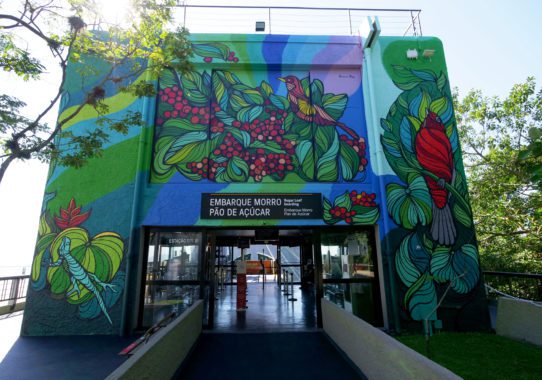