Let’s Colour Project Taiwan transformed communities in Kaohsiung and Tainan. The project in Kaohsiung took place on 26th July 2013 in the community of Dalinpu when a group of young artists used eight colors commonly seen through Dalinpu to create lively scenes surrounding the idea of ‘the village’. This included painting camouflage, clouds and smoke across 11 different houses, playfully telling the story of Dalinpu in a light-hearted tone.

In Tainan, students of the Tainan National University of the Arts expressed colours of their local culture as a mural on a wall, standing strong and bright on the mountain side. The students chose 23 colours to represent their hometown, breathing life and vitality into the street. The mural is now a landmark and a symbol of the collaboration of the university students and the children of the village.

The Huo Shan Elementary School in Tainan was also the setting for the Let’s Colour Project, where a dense forest surrounds the building. Rejuvenating the building with the colours of nature was the predominant focus for the project. The design of the painting corresponds to the forest surrounding the campus, forming a delightful picture. The school thrives in the forest, and the forest thrives in the school.

Find out more about Dulux in Taiwan here. 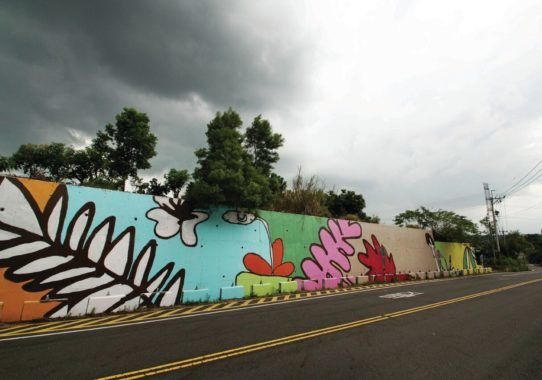 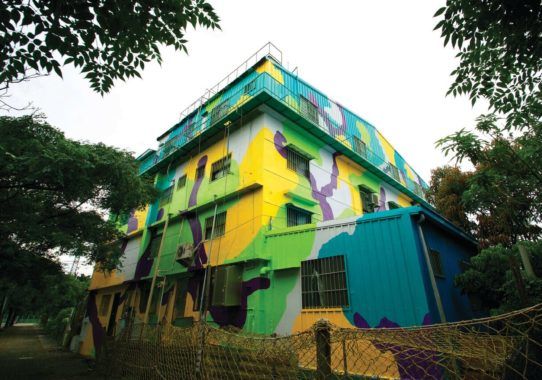