The Stadhuys (an old Dutch spelling, meaning city hall), also known as the Red Square/Building, is situated in the heart of Melaka UNESCO World Heritage site core zone. It was built by the Dutch occupants in 1650 as the office of the Dutch Governor and Deputy Governor. As one of the oldest remaining Dutch historical building in the Orient, the building is now the home of a Museum of History and Ethnography. Among the displays in the museum are traditional costumes and artifacts throughout the history of Melaka, which makes it Melaka’s premier museum. The repainting of the museum is part of the conservation & preservation work conducted by the city, state & national museum and heritage authorities. It is also part of the project Warisan with Dulux project, a Colour of A Nation project with a 10-year MOU signed with the Melaka state government.

Maintaining the building famous red colour codenamed as “Melaka Red” and other colours based on historical requirement specified by the national heritage department since it is a national & world heritage building. The project was conducted since Oct. ’13 by professional painters appointed by the state museum authorities. The project involved paint study & product trial by technical dept. including the use of Sikkens silicate paint for damp surfaces. Painting work involving exterior surface was completed on 28.2.14 with project handover meeting involving the museum & heritage authorities, contractor and ANPM.  The contractor was also required by the authority to use Dulux for interior painting.

“The red building looks more outstanding now. Thanks to ANPM for its commitment and contribution” ” as the state museum General Manager quoted in his speech during the meeting. The national heritage officer for the southern region in charge of the project is also very satisfied with the colour and product provided. He quoted that “the quality of product supplied is what needed for such building to restore it looks for future generation to come”. That is why his department was very concern on the type of paint used for this restoration project.

Find out more about Dulux in Malaysia here. 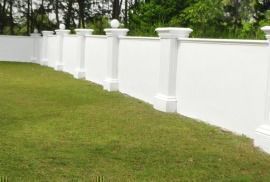 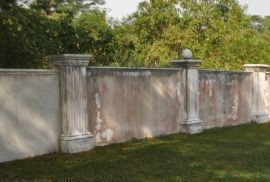 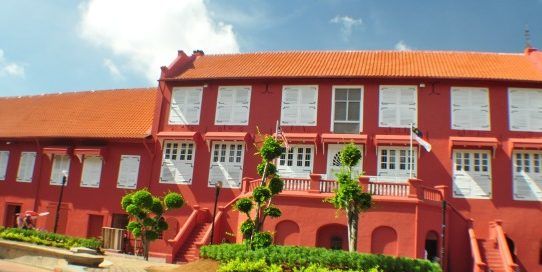 AkzoNobel gives a facelift to the NASOM’s vocational centre in Kuala Lumpur, Malaysia