In Santa Marta, one of the city’s largest favelas, the company recently unveiled a 15-meter mural created by famous Brazilian artist Paulo Consentino and local artist Swell. At the same time, the program’s ambassador – three-time French Open tennis champion Gustavo Kuerten – announced the #pintouRio450 campaign, inviting 450 local volunteers to paint as many houses as possible in their community by August 2015.

Since 2009, AkzoNobel’s “Tudo de cor para você” projects in Brazil have transformed and improved people’s living environments and communities in 11 cities, including São Paulo, Salvador and Porto Alegre. In 2012, the Santa Marta project was officially launched and has since repainted 302 properties, bringing the total number of projects AkzoNobel has run in the country to over a thousand.

Ruud Joosten, Managing Director of AkzoNobel Decorative Paints who was present at the launch of both initiatives, said “Through our global “Let’s Colour” program and local initiatives like “Tudo de Cor para você’, we are demonstrating AkzoNobel’s commitment to improving living environments for communities around the world. The Santa Marta project is one of the many examples of our global Human Cities initiative in practice and is an excellent illustration of how we’re using our knowledge and expertise to make cities more colorful and vibrant.”

As the urban population grows in Brazil, “Tudo de cor para você” aims to support and promote the positive transformation of the country’s major cities. Through these initiatives, AkzoNobel brings together local residents, volunteers, community ambassadors and company employees. More than 3,000 local painters have also upgraded their professional skills by regenerating their surroundings through paint and color.

The “Tudo de cor para voce” project in Santa Marta will run until 2016. 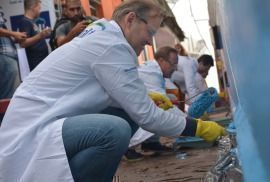 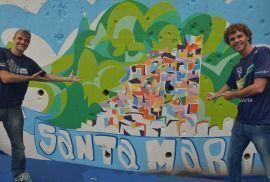 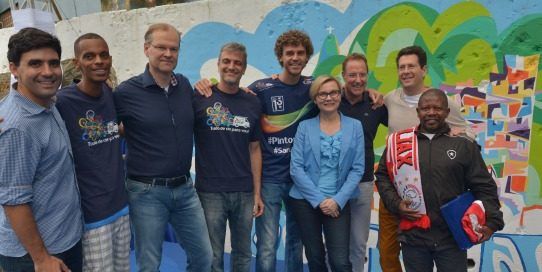