Participating in the project and creating a mural together forged a strong relationship among the youth based on tolerance and collaboration.

Participating in the project and creating a mural together forged a strong relationship among the youth based on tolerance and collaboration.

The wall is in Ludberg, and it is located across a synagogue destroyed during the WW II. Since then, the uncomely landscape has been pushing away the citizens. The area has been deserted and unused, becoming a dead zone. The project aims to revive the area, putting creation above destruction in real life. It is part of our attempt to reclaim the neglected areas of the town and make them liveable and colorful again. It is on the same street where last year we painted the Moon Wall, thus being a continuation of our efforts to reclaim the area from the oblivion.

The population residing there is composed of Serbs and Roma, so the club also aims to create the connection and encourage the integration between the youth from the area and youth of these groups, thus destroying prejudice and creating a sense of togetherness. The design was created by students from the University of Fine Arts in Zagreb. Their aim was to bring more color and life to the area. This is why they chose to paint a natural landscape with nature being the ultimate living entity. The design as the community was integrated, showed hands turning down walls within a wall, as a mental trick to show that there is no wall anymore and it is continued into this amazing natural landscape.

The painting of the wall was organized alongside four other events – street art festival, an exhibition of Maja Mezga, a theater play and Idemo otok music festival, which is an event taking place for 8 years now, thus having already established its audience. The club combined painting, music and acting turning the event into a celebration of art and talent. With all the events, the area welcomed more than 900 visitors and attendees. There were also around 40 volunteers from LUMEN, MasterPeace Croatia and the NGO Centar Scena from Varaždin. The participants and attendees joined hands to create the mural and later on enjoyed the music festival together.

Along with the Moon Wall, this mural will be a place for art performances and cultural events. It will be a creative hub for artists and performers to come and display their talents (ballet, sports tournaments, etc). 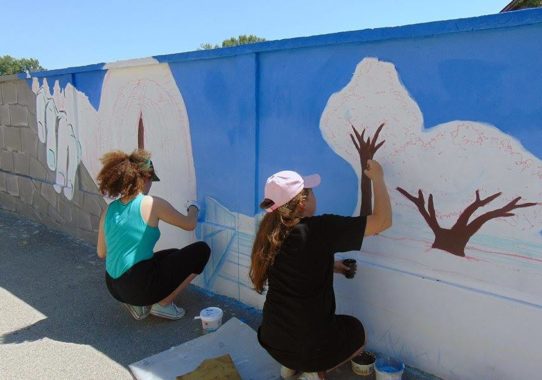 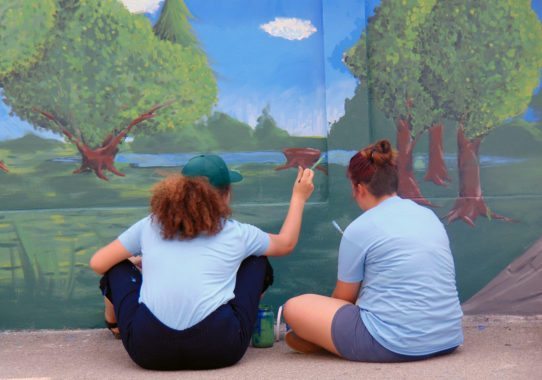 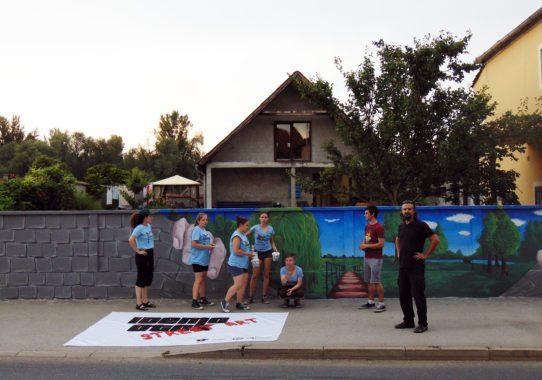 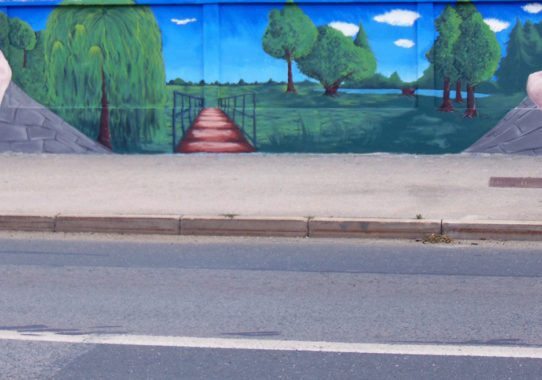 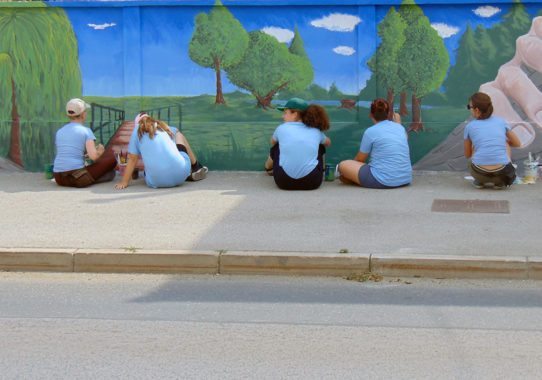 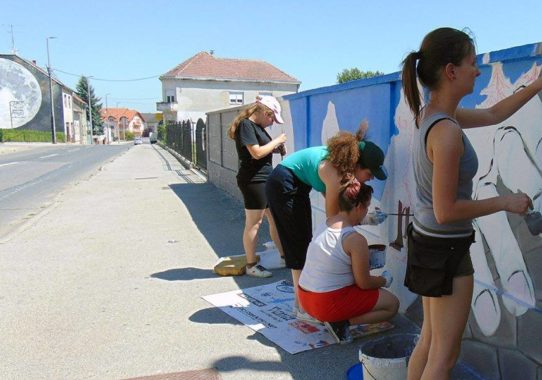 Empowering the women of Jasmijn Center in Groningen, the Netherlands