For the 11th year in a row, Let’s Colour Hungary announced the tender for local communities to apply for a colorful makeover. And this year, the winners were announced in two categories, giving two primary schools the opportunity to welcome the new school year with a bright and fresh look.

For the 11th year in a row, Let’s Colour Hungary announced the tender for local communities to apply for a colorful makeover. And this year, the winners were announced in two categories, giving two primary schools the opportunity to welcome the new school year with a bright and fresh look.

In 2011, Let’s Colour Hungary started the fight against grayness. After seeing the tremendous interest and exemplary cooperation of the applicants, Dulux Let’s Colour continued, and this year celebrates its 11th anniversary.

On the call of Let’s Colour, any Hungarian community or social grouping that wants to actively participate in beautifying their environment can apply for a colorful transformation. To the delight of the organizers, there was again great interest in the competition this year. A total of 48 applications were received from 37 Hungarian settlements all over the country, and 18 thousand votes were cast for the projects.

Based on the votes of the public and the professional jury, this year’s winners were announced in two categories. The winner in the category of the settlements with a population of less than 10.000 people was the Pilinszky János Primary School in Nyúl, and in the category of settlements with more than 10 thousand people, the winner was the Török Flóris Primary School in Soroksár, the XXIII district of Budapest. For these two projects, a total of 314 liters of Dulux paint was used to renew 510 square meters of community wall space.

The gloomy wall turned into a cheerful pattern

The first winning Let’s Colour event took place in the village of Nyúl, in the great heat, but with even greater enthusiasm. Thanks to the persevering team of volunteers, various bright patterns were placed on the gray concrete wall in the yard of Pilinszky János Primary School.

31 volunteers jointly renewed 134 square meters of wall space, with 133 liters of Dulux paint. As a result, a cheerful schoolyard, decorated with colorful designs, will greet the Nyúl students for the opening of this school year.

The walls renewed inside and out

The second winning project was realized in Soroksár, the XXIII district of Budapest. Renovating the walls of the Török Flóris Primary School was a big challenge, as the participants had to paint both outside and inside.

However, the efforts of the 77 volunteers who took on the task were not in vain. Using 181 liters of paint, they renovated 376 meters of wall surface, covering the school entrance, the hall, and several walls in the schoolyard with beautiful colors and eye-catching patterns. This way, the new school year can start in an even more inspiring environment for the children.

“The quality of this year’s applications, thousands of votes cast for the contestants, and the teamwork we experienced in the painting process, testify to the great cooperation of the communities. Although this year is the eleventh time we have organized this program, we are amazed every year by the tremendous power of community collaboration. Wherever we looked, we saw enthusiastic volunteers working together to bring the walls to life and make the everyday lives of hundreds of students and teachers more colorful”, said Gergely Nagy, the spokesperson for Let’s Colour Hungary. 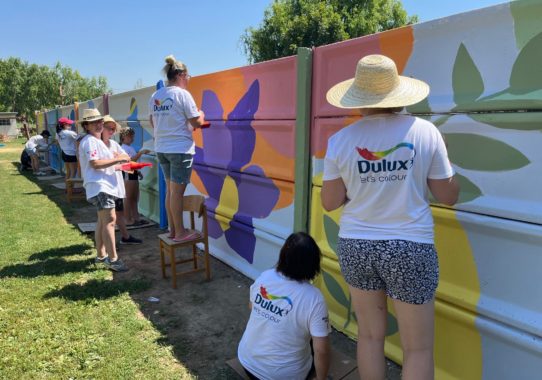 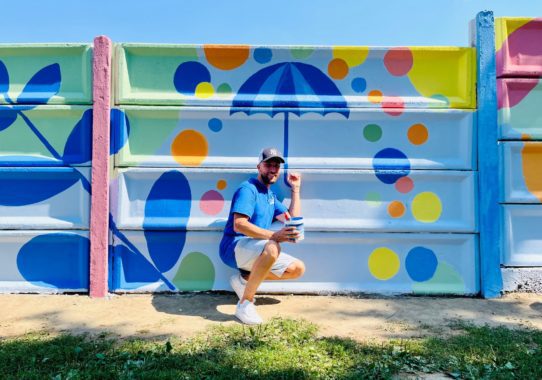 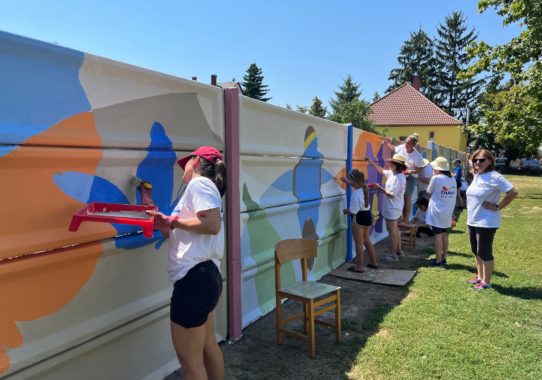 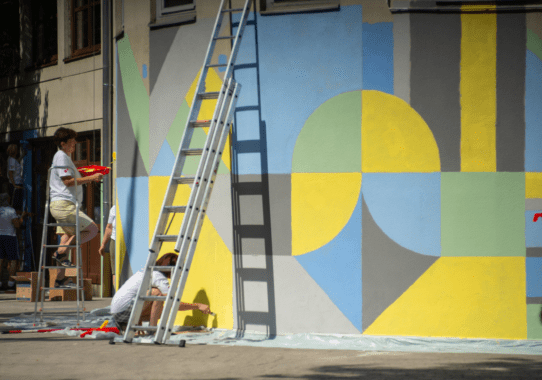 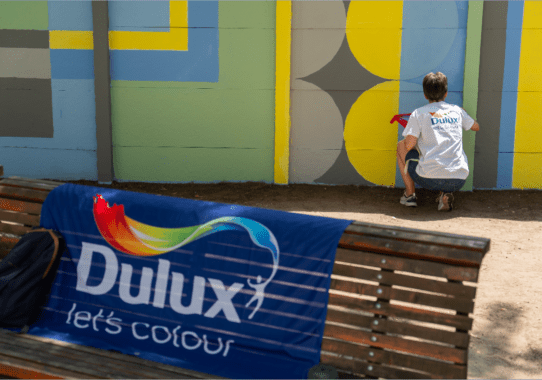 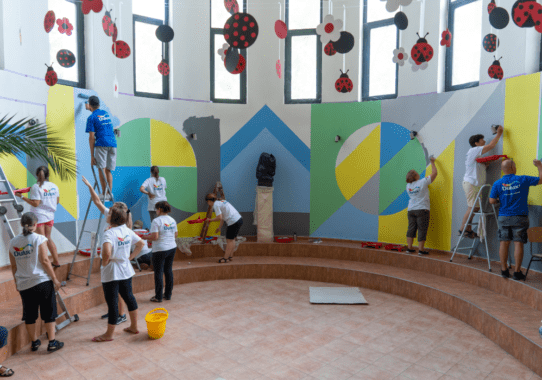 Renewing the headquarters of folk ensemble in Debrecen, Hungary

Rejuvenating a school after 50 years without renewal