Let’s Colour Walls of Connection in Sarajevo, Bosnia and Herzegovina

AkzoNobel and MasterPeace Bosnia and Herzegovina painted a colorful mural in the capital to honor its place in the history of their country.

AkzoNobel and MasterPeace Bosnia and Herzegovina painted a colorful mural in the capital to honor its place in the history of their country. Although it’s united, there are still some divisions in Bosnia and Herzegovina, therefore the artists wanted to help by transforming the country into a united space without division, stereotypes or borders.

The Idliz area, more precisely the Third Grammar School, was chosen as a place for the mural to be painted. It is the central part of the Bosnian capital where the main train station is located. This spot was destroyed and affected massively during the war, so it was the time to transform it into a more beautiful and joyful place.

This school and its teachers wanted to establish a daily routine for their pupils, to help them cope with the traumatic experience. They showed them that they still have a future and a chance, and that, with education and knowledge, they will rebuild their country.

Story of the Wall

The painting contains many colors and is almost 14 square meters in size. As a similar one was painted earlier in Mostar, the idea was to make these two murals match. This symbolizes the connection between the cities and their citizens.

Different people, religions, ethnicities, stories and colors were united, so together they made a beautiful painting and formed the basis of a brighter future!

Around 100 people participated in this event, including AkzoNobel and MasterPeace volunteers, local artists, students and teachers. The students were given the chance to express their creativity and learn more about street art, in addition to performing sports next to the wall as a symbol of becoming the hub for future activities.

Everyone was happy to participate in this adventure, affecting their community, thus contributing to their school through their efforts and enthusiasm. From this experience, they learned that they have the power to change their surroundings and, when working together, there are no barriers to making their dreams come true. 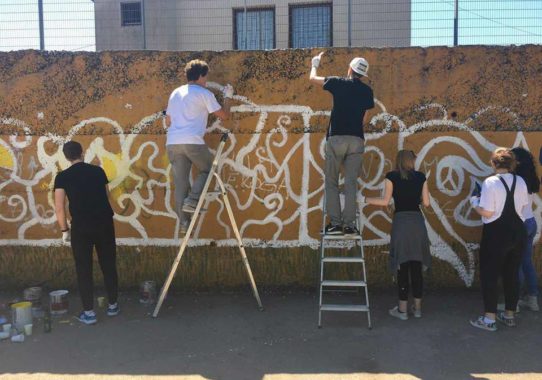 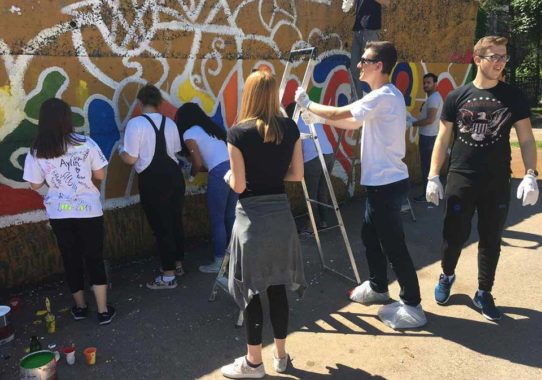 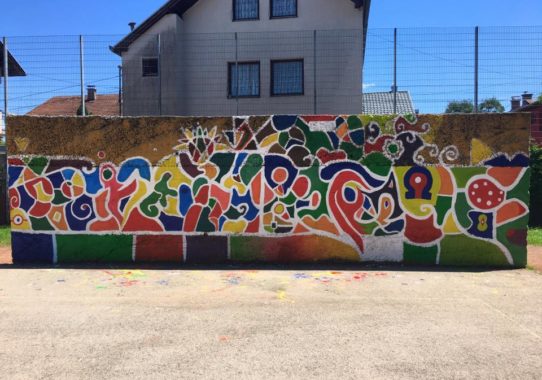 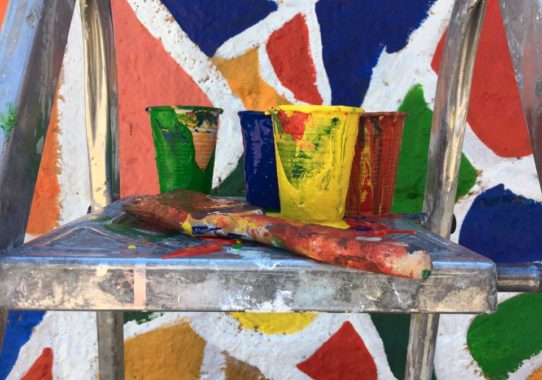 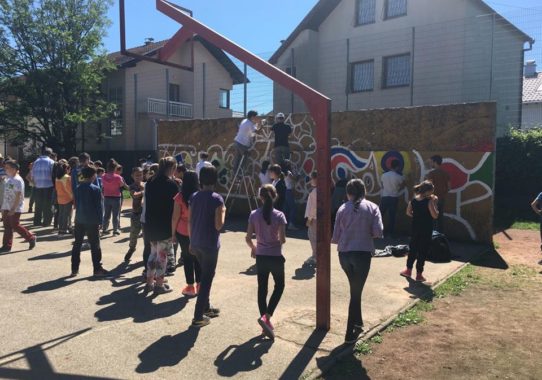 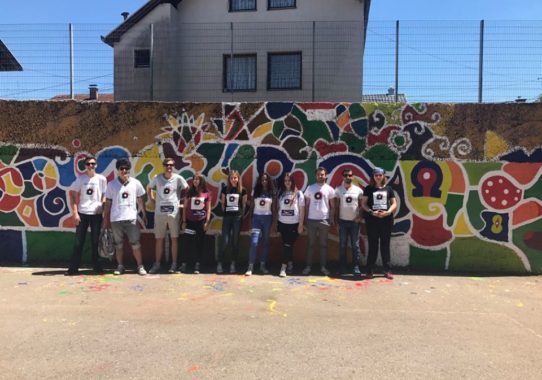