To inspire local women, AkzoNobel and MasterPeace worked with the art organization Micro Galleries in Jakarta in kampung Kecil.

To inspire local women, AkzoNobel and MasterPeace worked with the art organization Micro Galleries in Jakarta in kampung Kecil.

In order to show the power that colors can have on people’s mood and emotions, Let’s Colour created the Social Experiments video series earlier in 2017. Here in Jakarta, we wanted to do the same – to show that color and paint really can change your day for better!

The area features a large lane surrounded by walls that were filled with ugly graffiti and violent messages. AkzoNobel and Micro Galleries chose to transform it into a place for contemporary street art, which will engage the local artists and will be accessible for everyone to enjoy.

A voice through paint

Females in Indonesia in some sectors tend to be neglected, marginalized and are often restricted to the household only. Through the mural, we wanted to give a voice and platform to the local women of the kampung to voice their ideas, hopes, fears and dreams. Hence, the mural and the event was named ‘Women on the Wall’. Occupying a 4.7 meters high and 15 meters long wall, the mural represents the local women.

Micro Galleries, as an art organization focusing on local art and artists, brought them under the spotlight and turned forgotten areas into open galleries filled with contemporary art. They invite local and international artists to present various forms of art, making them accessible for the local people. ‘Women on the wall’ focuses on female empowerment through art, putting Indonesian women at the forefront.

Let’s Colour saw an opportunity here for another color experiment and a chance to contribute to changing the lives of these women for the better through paint and color.

The story behind the wall design

The design was created by a group of female artists who wanted to inspire local women to share their daily struggles, their hopes and talents – to “display” their stories, for them to be heard and seen, rather than kept silent behind the door. The design was guided and inspired by the local women living in the kampong who completed a questionnaire to share information about their lives, aspirations and wishes.

The beautiful Indonesian flower represents femininity and the motif that surrounds the flower incorporates 5 women joined together in an embrace. The silhouettes of the heads can be identified on closer inspection, but otherwise, it’s been stripped to its abstract form to become a pattern and motif.

An adult and child are included in the design to communicate the idea of female empowerment and the continuation of generations. The image depicts two females bound together by a common cloth adorned with patterns from different cultures. They are engaged in a dialogue surrounding the motifs with an exchange of ideas.

The young women and students who participated in the event joined the effort to encourage gender equality.

The event was run alongside the three-day street art festival organized by Micro Galleries, thus ‘Women on the Wall’ attracted a large number of young artists, both from Indonesia and abroad, who had gathered to celebrate the innovations and new ideas from their fields. More than 100 people stopped to take a look at the mural on the day. The local women living in the kampung participated in the painting, as well as many students.

53 local community members helped color the wall alongside 30 students. The initiation of the painting itself was welcomed by around 80 people and the audience increased during the day.

The message conveyed through the mural remains incorporated within the colors – women should be visible and involved in the society. Raising awareness and giving a voice to female empowerment is a long-term struggle and Let’s Colour Walls of Connection has made a powerful and colorful stroke to contribute to its promotion.

Find out more about Dulux in Indonesia. 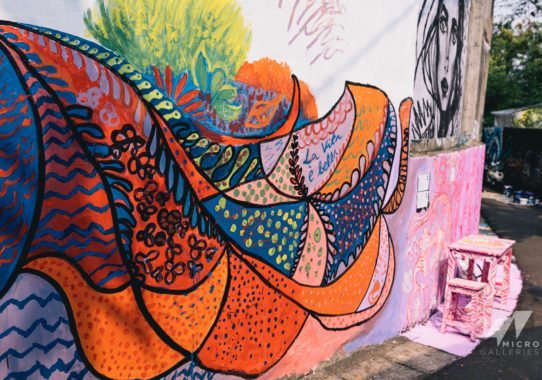 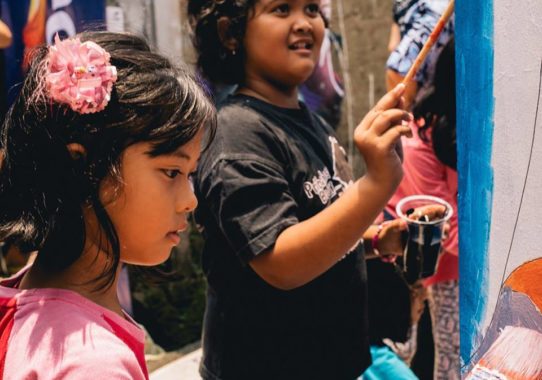 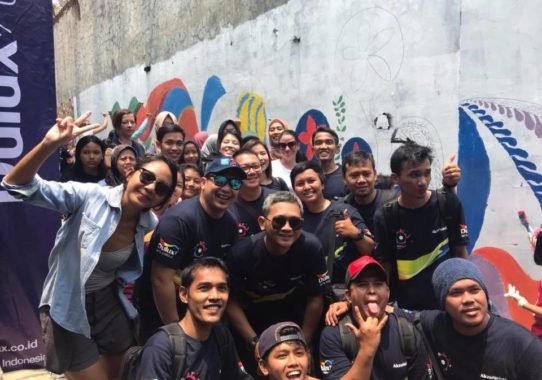 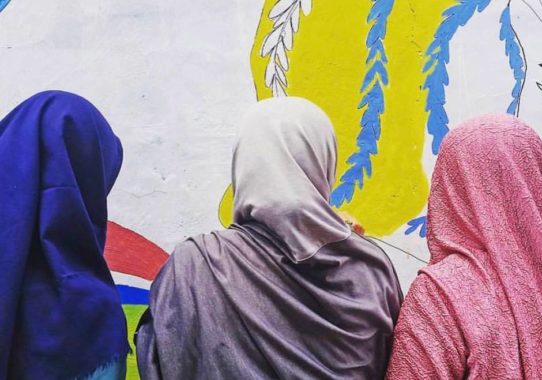 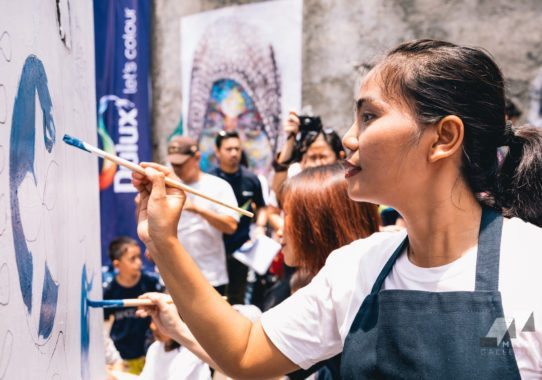