Sopron is one of the nicest cities in Hungary, next to the Austrian border, near to Wien. The underpass is in a busy area of the city with hundreds of people use it by bike or on foot every day.

Sopron is one of the nicest cities in Hungary, next to the Austrian border, near to Wien. The underpass is in a busy area of the city with hundreds of people use it by bike or on foot every day.

Dark and full of old and ugly graffiti, a local group of young cyclists decided toput it forward for the Let’s Colour competition.

The painting in Sopron was the closing event of the Hungarian campaign. There were around 100 volunteers who helped. Most were members of the local bicycle association, who continuously work for the environment and for their beloved city. A young Hungarian singer and celebrity from Sopron, also attended the event, which attracted many fans and the media. The underpass was painted with around 15 different colours.

The young volunteers were very happy and enthusiastic to be able to paint the place where they spend most of their free time. They use the bicycle underpass every day and there are two nearby parks where the local young people gather on summer evenings. The underpass became bright and colourful.

A little girl passed by with her father and stopped and stared for a minute before asking: “Daddy, can we come here tomorrow, too?” says it all really!

Find out more about Dulux in Hungary here. 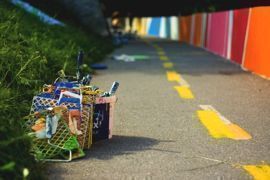 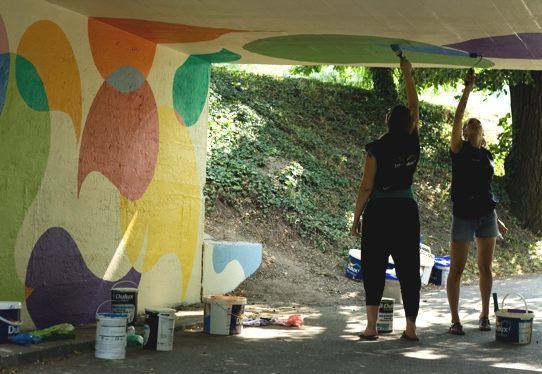 Renewing the headquarters of folk ensemble in Debrecen, Hungary