Painting from artist Paulo Consetino, in partnership with Tintas Alba and project "Vení Al Color", at Escola do Rosário, in Argentina, where Lionel Messi studied.

Painting from artist Paulo Consetino, in partnership with Tintas Alba and project “Vení Al Color”, at Escola do Rosário, in Argentina, where Lionel Messi studied. Paulo executed an artistic painting of the football superstar and the school was also renovated by the project.

A large-sized painting of Lionel Messi will color the façade of the school where the football star studied as a child in Rosário, province of Santa Fé (Argentina). This tribute, from Tintas Coral’s project “Tudo de cor para você,” is also signed by Brazilian artist Paulo Consentino, who has painted earlier this year displays inspired in Neymar Jr. and Luis Suarez. An athlete from F.C. Barcelona, the Argentine is part, alongside the Brazilian and the Uruguayan, of the most efficient team of strikers in the world. With this artistic intervention, “Tudo de cor para você” wraps up the tributes to the three great Latin American football stars of the present time.

The 40 square-meter panel with the image of Lionel Messi celebrating a goal will be painted on the façade of the Escola General Las Heras (66 do Distrito Sul), located in Rosário. In addition to the artistic painting, “Tudo de cor para você,” which in Argentina is called “Vení al Color,” will renovate all the internal and external painting of the educational institution.

The idea to honor the Argentine player came up after Tintas Coral painted the entire sports complex from the Instituto Projeto Neymar Jr, in Praia Grande (SP), earlier this year. The partnership between the brand and the social project resulted in the painting of Neymar’s face, by artist Paulo Consentino, in the institute’s multi-sport gymnasium.

In Brazil, “Tudo de cor para você” has reached the milestone of 1500 events of which 43 have taken place in educational institutions in 29 different cities.

“I’m a fan of these international football stars and being invited again by Tintas Coral to portray one of the greatest players in the world is a huge chance to expand the boundaries of my art to the rest of Latin America,” says the proud Consentino.

“The project puts into practice the brand’s mission to add color to people’s lives. Through the ‘Tudo de cor para você’, we color regions across the country, raise citizenship awareness and strengthen the connection between communities and volunteers,” states the president of Tintas Coral, Jaap Kuiper.

Find out more about Alba in Argentina here. 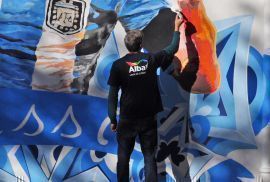 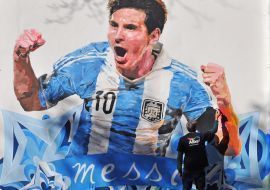 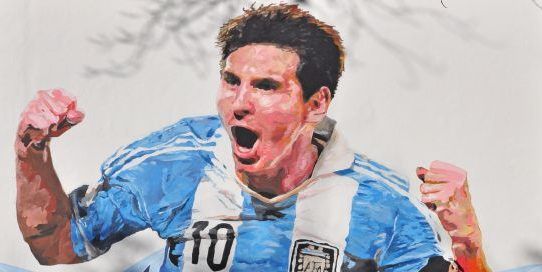