One of Thailand’s most remarkable landmarks has been restored with Dulux paint. The stunning Wat Arun (The Temple of Dawn) in Bangkok, built in the early 19th century, regained its former glory with a coat of fresh paint.

One of Thailand’s most remarkable landmarks has been restored with Dulux paint. The stunning Wat Arun (The Temple of Dawn) in Bangkok, built in the early 19th century, regained its former glory with a coat of fresh paint.

The Temple of Dawn

In honor of Her Majesty Queen Sirikit The Queen Mother, Akzo Nobel Paints Thailand Ltd., restored Wat Arun through another Let’s Colour initiative. Wat Arun is a Buddhist temple in Bangkok, Thailand, on the Thonburi west bank of the Chao Phraya River. The temple derives its name from the Hindu god Aruṇa, often personified as the radiations of the rising sun, and it’s one of the most popular tourist hot spots in Bangkok.

The restoration work has been carried out together with the Fine Arts Department, in order to preserve the authentic look of the historical temple built in the early 19th century. For this occasion, the AkzoNobel volunteers teamed up with 50 highly motivated people from the local community.

They repainted the chapel and the fence surrounding the main stupa (a hemispherical structure that traditionally contains relics), taking care that the authentic look of the historical temple is preserved, by using 1200 liters of Dulux premium quality exterior paint in the same white and gold shades that were originally used.

Uplifting through the power of paint

Helping to restore historical places and buildings gives us great satisfaction. It’s a way to contribute to preserving the heritage of a country and creating a sense of connection to the past.

Following this event, Sirilux Hemphan, Commercial Head of Akzo Nobel Paints Thailand Ltd., stated: “The repainting of Wat Arun’s unique stupa and chapel entrance area is part of our Let’s Colour initiative. It is aimed to inspire and uplift communities, such as preserving this famous and remarkable landmark in Thailand, through the power of paint.”

Find out more about Dulux Thailand. 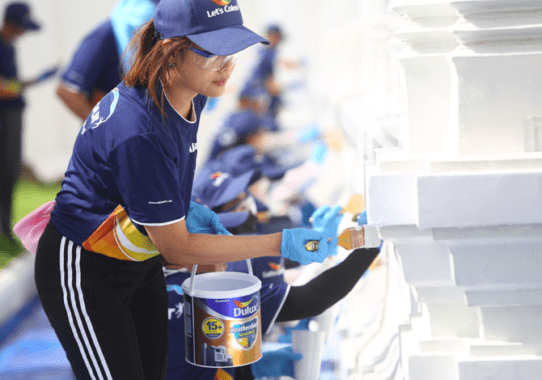 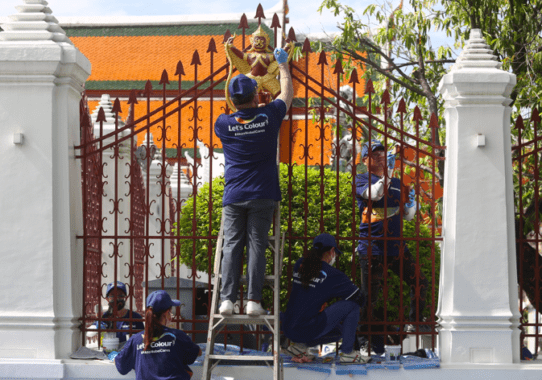 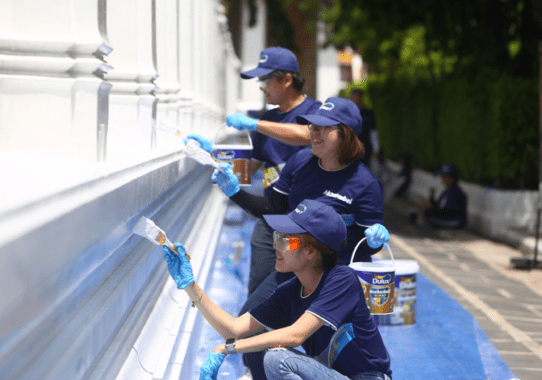 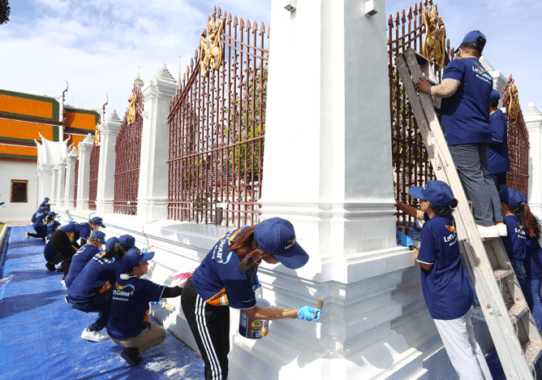 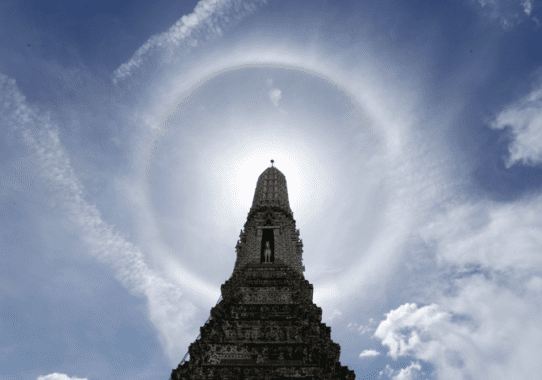 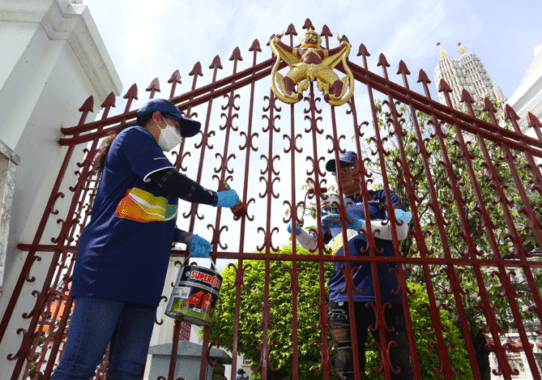