The fresco symbolizes the bridge between worlds and communities. It was performed collectively by the artist Juana Sabina and the students from the Aves de Paso association.

The fresco symbolizes the bridge between worlds and communities. It was performed collectively by the artist Juana Sabina and the students from the Aves de Paso association.

The students from Aves de Paso, volunteers, enthusiasts from the theater and bypassers all participated in the project. The French and Latin American students and artists worked together exchanging skills and inspiration, their language and culture. Le théâtre de verre allocated one of its walls for the project. Along with Aves de Paso, the owner of the theater aspired to mix different forms of art expression to convey their message. The theater is an important cultural site for the area presenting various performances and talented actors. The theatre is used as a creative hub for the students from South America to integrate with the French culture inside and outside the center in order to preserve their culture as well. Being from Latin American descent, the owner of Le théâtre was eager to contribute to the dialogue between France and the Latin American countries.

The Mexican artist Juana Sabina also aims to bring people together and build bridges among cultures and traditions through her art. The lady represents the Earth – she gives fruits and gathers people with colors, textures and flavours. The characters from above help the others to climb the mountain and reach the sky. The artist aimed to visualize the idea that nature has no borders, nor nationality. The people in the painting are free to move and this is symbolized by the bird-fish who can go wherever they want. We all can do the same, by being free from prejudice, and this is what the character on the left does as he sets the bird from the box free.

The mural adorning the wall of the theater will show the people of the neighbourhood that working together leads to beautiful memories. The students expressed their visions and ideas of mutual collaboration leaving a visible mark on the city’s landscape.

Find out more about Dulux Valentine in France here. 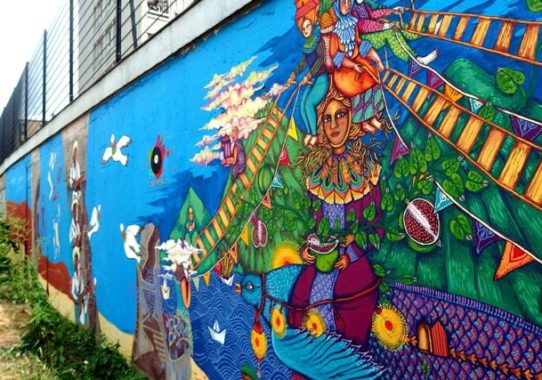 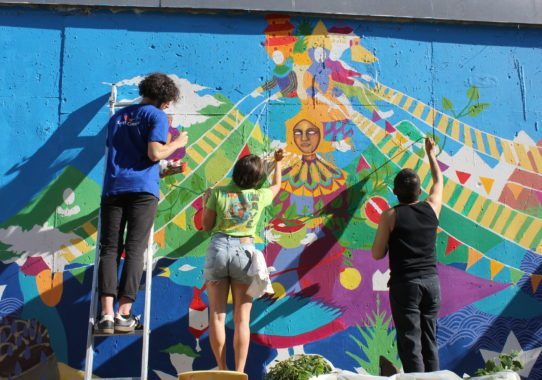 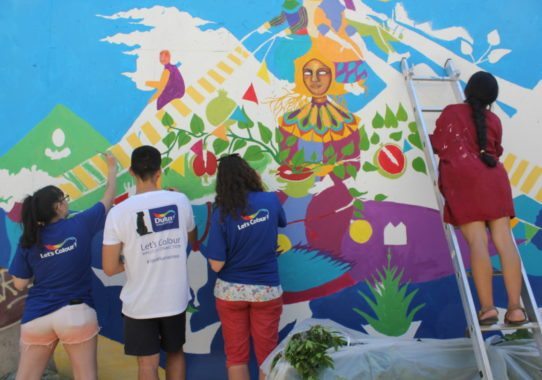 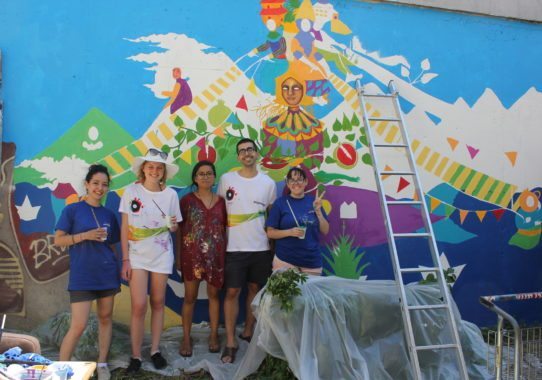 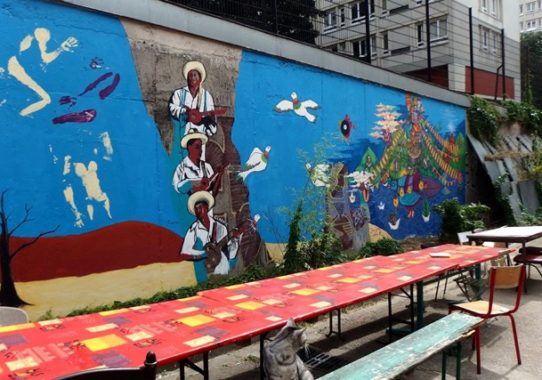 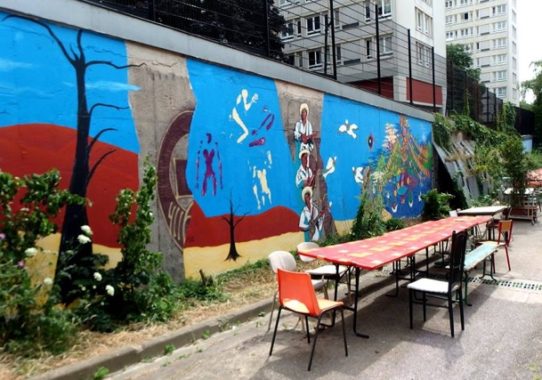 Let’s Colour Project Adds Colour to the Streets of Paris