Painting of the Historic Center of the city of Pará de Minas.

Painting of the Historic Center of the city of Pará de Minas.

Around 748 liters of paint were used in the renovation works and the colors followed the guidelines of the city’s architecture department, which carefully selected the hues that matched the history of each building.


The renovation of the historic center of Pará de Minas, carried out by the City Hall and the project ‘Tudo de cor para você’, from Tintas Coral, was delivered to the community on October 29, 2015, at Torquato de Almeida Square. The public ceremony was hosted by the sertanejo singer Marcelinho de Lima, patron of the project, and attended by local authorities.

Tintas Coral, in partnership with SENAI and the City Hall, via Secretaria Municipal de Assistência e Desenvolvimento Social (Municipal Department of Welfare and Social Development), also offered a free professional painting course to all people interested in learning the skills and in taking part in the renovation of the buildings.

The squares Torquato de Almeida and Francisco Torquato are linked by the bandstand and are popularly known as Praça da Estação (Station Square). They are landmarks that refer to the arrival of progress to Pará de Minas and are located in the center of the city. Both have been Municipal Cultural Heritage since 1998. Other significant heritage buildings are placed around them, such as the former Train Station, the Casa de Cultura (House of Culture) and the State School Torquato Almeida, which this year celebrates its 100th anniversary.

The former headquarters of the City Council is now the address of the City’s Department of Sports, Leisure and Tourism, the Public Music School Geraldinho do Cavaquinho and the Urban Services Center Aurora Lopes Vasconcelos. The shopping center Domingos Amaral, a.k.a. ‘camelódromo’, is still an important point of commerce.

“The mission of ‘Tudo de cor para você’ is to add color to people’s lives and leave a conservation legacy in all cities it passes by. In Pará de Minas, we managed to revitalize architectural and historical buildings that are very important and relevant for the region and in parallel offer professional painting trainings,” said Marcelo Abreu, institutional marketing manager of Tintas Coral and leader of the project ‘Tudo de cor para você’. 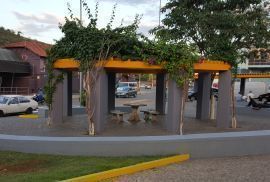 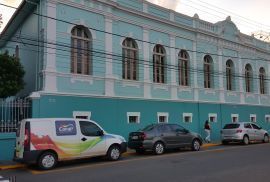 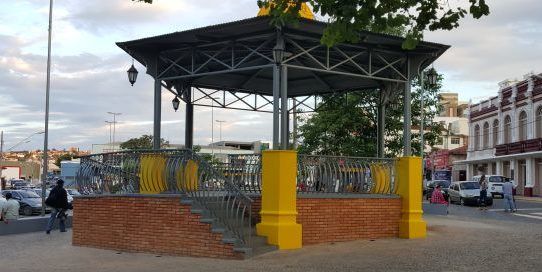