Powiśle gets a New Look

During the first Let's Colour project in Poland volunteers helped rejuvenate a grey and sad railway station in Powiśle to a great colourful landmark. It will no longer scare pedestrians that pass by on their daily commute.

During the first Let’s Colour project in Poland volunteers helped rejuvenate a grey and sad railway station in Powiśle to a great colourful landmark. It will no longer scare pedestrians that pass by on their daily commute.

At 8:30 in the morning volunteers gathered to add colour to the small city of Warszawa, with tents, music and hundreds of rollers and brushes at the ready.

The team painted areas of the station using colours form Let’s Colour logo. The underground became a colourful place with the main focus being the symbol of Warsaw – painted by the project’s own Przemek “Trust” Truściński.

The result was better than anyone could have expected. Not only did the station get a new look, it now inspires everyone that uses it for their daily commute. Przemek said “Some people haven’t painted on walls since childhood. Here we gave them the opportunity. It took people back to their childhood. We’ve never seen so many smiling faces…”.

Find out more about Dulux in Poland here. 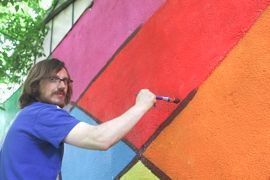 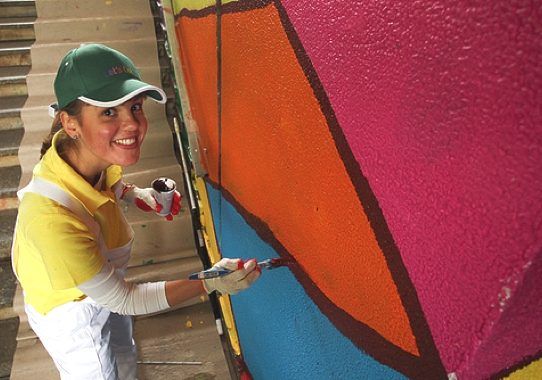