As a part of the Chokri Belaid World Forum for Arts and Culture, Let’s Colour supported dozens of graffiti artists in bringing colors and art to the Jebel Jelloud district, Tunisia. This was the fifth edition of the festival, dedicated to the lawyer and civil rights activist Chokri Belaid.

As a part of the Chokri Belaid World Forum for Arts and Culture, Let’s Colour supported dozens of graffiti artists in bringing colors and art to the Jebel Jelloud district, Tunisia. This was the fifth edition of the festival, dedicated to the lawyer and civil rights activist Chokri Belaid.

A thousand roses and a rose with thousand colors

The Chokri Belaid World Forum for Arts and Culture commemorates the assassination of Chokri Belaid, the Tunisian politician, lawyer and leading human rights defender. Honoring his memory, this festival gathers artists from all around the world to help combat all forms of violence through culture.

This event, under the name “Tunisia, a thousand roses and a rose with thousand colors”, became international two years ago, attracting even more artists from all around the world. This year marks the fifth edition of the festival, which gathered about 32 Tunisian and foreign graffiti artists.

The Jebel Jelloud district was the place of a real color revolution, thanks to some famous names, including Eric Skotnes and Ryan Sarfati (the USA), Eelco Van Den Bergh (the Netherlands), Mr Cenz (the UK), Sitou Matthia (Togo), Nadib Bandi (France) and Iramo Samir (Morocco). Together with the artists from Tunisia, they painted a 30-meter high graffiti, with the support of AkzoNobel volunteers and 900 liters of Astral paint.

Uplifting through colors and art

The participating artists and volunteers painted the exterior facades of houses in some neighborhoods of the Jebel Jelloud district. Although the rather deteriorating walls of the neighborhood sometimes presented technical challenges, they managed to create sensational works of art, with colors, skills and patience.

With a splash of paint, the festival brought art to the streets of families, who most likely, never have been and will never go to an art gallery. Furthermore, the festival also organized a competition for young people of the Jebel Jelloud neighborhood, and art workshops for students of the Fine Arts school, promoting the value of arts and culture among the youth.

In memory of Chokri Belaid

This edition of the festival also hosted the inauguration of the 5-meter high sculpture dedicated to the late Chokri Belaid, the icon of rights and freedom. Abdelmajid Belaid, the brother of the late Chokri and the honorary president of the Chokri Belaid World Forum for Arts and Culture, emphasized the importance of the event as a means to fight extremism, terrorism and violence.

Find out more about Astral. 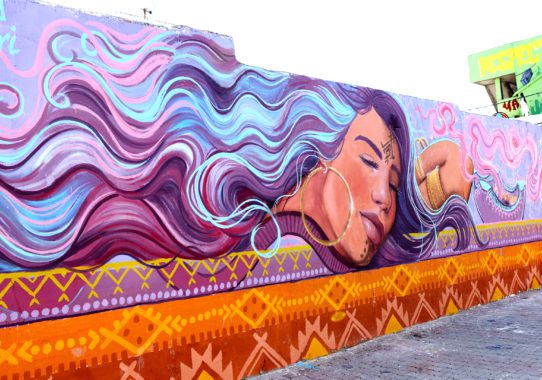 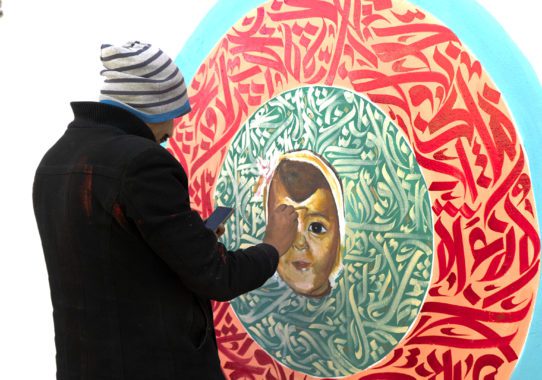 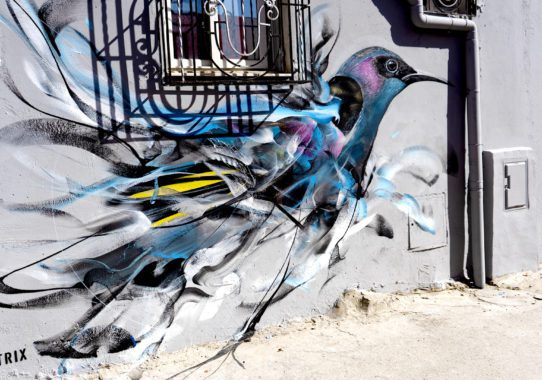 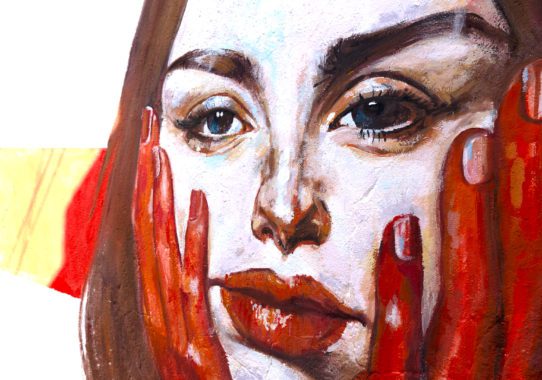 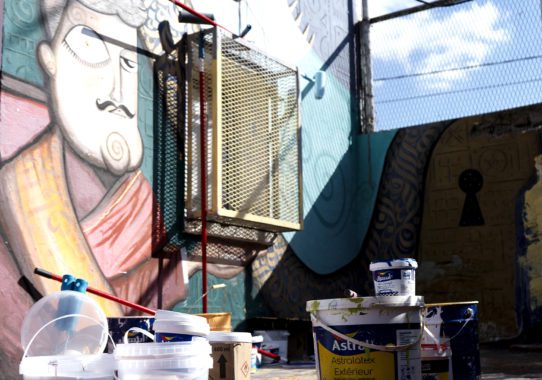 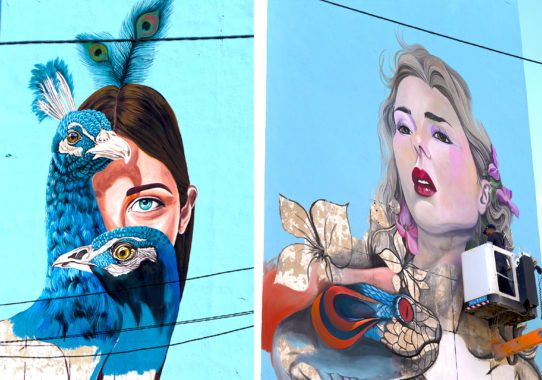